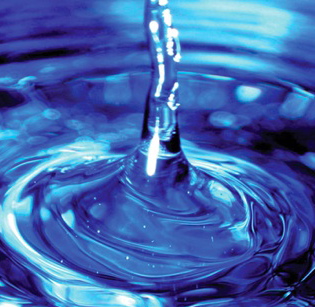 Do you know why some people have to chase their cats and/or dogs away from the toilet bowl or sinks? Well, the fact is that most water bowls quickly harbor dust, bad smells and bacteria that make them unattractive to pets. Cats have a much more refined sense of smell than humans; so it’s no wonder they turn their noses up at stale water. Most pets simply don’t drink enough water. When they get thirsty but cannot stand the thought of drinking from a dirty water bowl, they get very creative and do all kinds of things including turning on faucets and even drinking out of toilets. You can prevent these behaviors by providing your pet with a constant source of clean, fresh water. Your pet is more likely to drink adequate amounts of water when it tastes and smells good.

Water is essential for all life. Without it a living thing’s organs don’t function properly, their body’s wastes collect and cause damage, and they just don’t feel very good. Having a constant supply of fresh water is crucial to keeping your pet healthy. Many owners think that they’re covered because their pet always has water but they are sadly mistaken. Most of the time, a pet’s water will sit on the floor for hours or even days. The fresh, cold water from this morning can become filled with bacteria, saliva and dust by the time you come home from work. It’s no wonder that most pets don’t drink enough water – would YOU want to?

We tend to think of illness as something that is very unusual and uncommon. Of course, would always prefer our pets never got sick or didn’t feel well because we hate to see them unhappy. However, illness can and does happen, it’s a normal part of life. Almost all cats fall ill at least once in their life though and some of these illnesses are extremely common. Cats certainly suffer from trauma due to accidents and fights, but they can also suffer from common diseases such as diabetes mellitus, pancreatitis, arthritis and feline urinary problems (which is the most common condition seen in cats).

Urinary problems can have many causes including bladder stones or infections, but the majority of urinary problems are idiopathic, which means that no one really knows why they occur. When cats suffer urinary pain for no identifiable reason, the condition is known as Painful Bladder Syndrome. There are several different names that are used to describe recurrent urinary symptoms, not caused by infections or stones. Along with Painful Bladder Syndrome you, may have heard this condition called Feline Lower Urinary Tract Disease (FLUTD), Feline Urologic Syndrome (FUS) and Feline Interstitial Cystitis (FIC)How do you know if your cat is suffering from Painful Bladder Syndrome?The symptoms may include straining to urinate, crying when urinating, frequent urination, bloody urine and inappropriate urination (urinating outside of the litter box). But this problem is often recognized by what it doesn’t involve as much as what it does.Many veterinary specialists have researched this urinary problem for many years.

Most recently, they have concluded that a large percentage of cats with this diagnosis have an underlying bladder inflammation or their symptoms stem from a stress-related response on the bladder. Essentially, they believe that some cats over-react to stress.Cats are like humans in that they react to stress differently. They might remain calm in all but the most stressful situations or they might become agitated at the smallest things. Your cat might shred the curtains out of anxiety or urinate outside of their litter box. Some respond to their stress with urinary symptoms like those described above. Contact your veterinary professional if your cat exhibits such symptoms.

A few things to help minimize painful bladder syndrome may include the following:

** Neutering a cat extends its life span by two or three years.

** A dog can carry half its weight comfortably in a backpack.

** Dogs chew on grass to add fiber to their diet. It’s the K9’s salad.

** Cats must have fat in their diet, because they can’t produce it on their own. Never feed your cat dog food, because cats need five times more protein than dogs do.

** Morris, the 9-Lives cat, was discovered at an animal shelter in New England.

** Who first thought of using dogs to guide blind people? At the end of World War I, the German government trained the first guide dogs to assist blind war veterans. 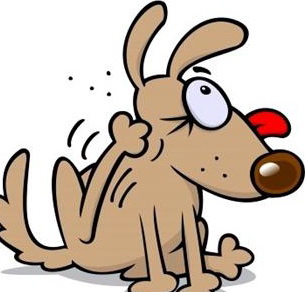 Did you know that the most common human food allergy is to peanuts? They’re a very common food but thankfully they are also relatively easy to avoid. Peanuts are not a major part of most people’s diet, and most nutrition labels now contain warnings if the food contains traces of peanuts. It’s not quite as easy for dogs that have allergies. About 10% of allergic reactions in , caused by foods. But unlike humans and peanuts, the allergen is often a food that your dog probably eats on a daily basis. The five most common foods that trigger allergic reactions in dogs are: beef, dairy products, chicken, lamb, and fish.
All these ingredients are commonly found in dog foods, and can be difficult to avoid.Dogs who are allergic to certain foodswill display several symptoms. They become itchy, most often around the feet, legs, armpits, and their rear ends. Affected dogs can also develop recurrent ear or skin infections, hair loss, and excessive scratching. Some studies have shown that dogs with food allergies also tend to defecate more often than those who do not have allergies (about three or more times per day as opposed to one or two).

If you suspect your dog has a food allergy, you will need to consult with your vet about conducting a food trial. That’s the best way to tell if your dog has a food allergy. Although there are some blood tests that are supposed to determine the cause of the allergy, there has been no evidence that these tests are accurate. A food trial is one of the best ways to find out the source of the allergic reaction. To conduct a food trial, you will need to feed your dog a neutral food for 12 weeks. “Neutral foods” contain ingredients that your dog has not eaten before, or are labeled “limited antigen” or “hydrolyzed protein.”

These kinds of foods break down the proteins to such small bits that they should no longer trigger an allergic reaction. Some people make their own homemade food so they can control the ingredients.Whatever you feed your dog, it must be the only thing you feed him for the duration of these 12 weeks. (That means no treats and no table scraps-period.) After this trial period is over, your dog should show a reduction in symptoms. Only then can the normal food be fed again. If your dog begins to show symptoms of an allergic reaction again when he’s fed a normal food, it means the food that was causing the allergy. Your best course of action is to completely avoid the offending food.