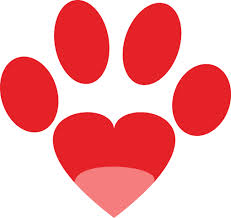 Banfield® Pet Hospital, the world’s leading veterinary practice has released its State of Pet Health 2012 Report, revealing that certain chronic diseases in dogs and cats have risen drastically since 2007. The report, compiled by Banfield’s internal research team, Banfield Applied Research and Knowledge (BARK), captured and analyzed medical data from the 2 million dogs and nearly 430,000 cats cared for in Banfield’s 800 hospitals in 2011. The largest report of its kind, the State of Pet Health 2012 Report breaks down the data by these chronic diseases: overweight and obesity, arthritis, kidney disease, thyroid disease and heart disease.

The 2012 report shows that in the past five years, chronic diseases have continued to increase, some at an alarming rate. Overweight and obesity increased 37 percent in dogs and 90 percent in cats, whereas arthritis increased 38 percent in dogs and 67 percent in cats. While the rise in chronic diseases is alarming, equally concerning are pet owner perceptions surrounding the overall health of pets. Banfield, along with Kelton, a leading market research and strategy consultancy, recently surveyed 2,000 dog and cat owners for a deeper understanding of pet owner perceptions regarding chronic diseases and the steps they take to keep their pets healthy. Although the 2012 report shows an increase in chronic diseases, only 36 percent of dog owners and 28 percent of cat owners said they would take their pet to see a veterinarian to manage an existing disease or condition.

While pets in the United States may be living with several chronic diseases, overweight and obesity are primary concerns due to their association with other chronic conditions—many of which can impact the overall quality of a pet’s life. According to the report, nearly half of arthritic dogs (40 percent) and more than 1 in 3 arthritic cats (37 percent) are also overweight; almost half of diabetic dogs (42 percent) and diabetic cats (40 percent) are overweight; 40 percent of dogs with high blood pressure and 60 percent of dogs with hypothyroidism are also overweight.

While the rise in chronic diseases is a concern, so is the gap in medical care of cats. Despite the fact that there are more cats than dogs in the United States, Banfield treated 1.5 million more dogs than cats in 2011. Cats, however, are just as susceptible to serious, chronic diseases as dogs. One of the most significant diseases highlighted in this report is chronic kidney disease, a common cause of death in cats. This disease increased by 15 percent since 2007 and is nearly seven times more common in cats than in dogs. In 2011, 1 in every 12 geriatric cats had a diagnosis of kidney disease. Most cats diagnosed in the early stages of chronic kidney disease live about two to three years, whereas most cats diagnosed in later stages live less than six months after diagnosis.

French poodles did not originate in France. Poodles were originally used as hunting dogs in Europe. The dogs’ thick coats were a hindrance in water and thick brush, so hunters sheared the hindquarters, with cuffs left around the ankles and hips to protect against rheumatism. Each hunter marked his dogs’ heads with a ribbon of his own color, allowing groups of hunters to tell their dogs apart.

A cat’s tongue is scratchy because it’s lined with papillae—tiny elevated backwards hooks that help to hold prey in place.

Americans spend more than $5.4 billion on their pets each year.
Researchers studying what dogs like to eat have found that the appetite of pet dogs is affected by the taste, texture and smell of the food, and also by the owners’ food preferences, their perception of their pet, and the physical environment in which the dog is eating.

Catnip can affect lions and tigers as well as house cats. It excites them because it contains a chemical that resembles an excretion of the dominant female’s urine.

For Stephen King’s “Cujo” (1983), five St. Bernards were used, one mechanical head, and an actor in a dog costume to play the title character.

What if your pet gets lost?

These tips have helped to bring thousands of American pets back to their owners and families.

• Mobilize a team of family, friends, and/or neighbors and canvas a two-mile radius of your home.
(Do this within 2 hours of your pet going missing.)

• Begin posting & distributing “lost pet” posters while you canvas the neighborhood. Leave them with neighbors, veterinarian practices, shelters, neighborhood parks etc. Posters should BE SPECIFIC: mention any special markings your pet may have, where and when your pet was lost, medical conditions, etc. Words such as “family pet” and “reward” (don’t indicate an amount) tend to motivate people. Avoid terms like “show dog,” “breed dog,” “rescue dog,” etc. that may indicate monetary value.  (Note: Use a laser printer, photocopier or even laminated pages for posting outside. Avoid using ink jet printers for outside posters as the ink tends to run.)

• Take a favorite toy or treat. Often, pets respond to the sound of a toy or a favorite word, like “treat.”

• Extend your search, if needed. Attach posters to high visibility areas, even those beyond a two mile radius of where your pet went missing such as gas stations, grocery stores, parks, etc. Remember to also include delivery drivers such as Fed Ex and UPS or other “regulars” in the neighborhood and surrounding areas including bikers, walkers and joggers.

Cautionary Tips:
Protect yourself from scams and unscrupulous people who seek to take advantage of you in a vulnerable state:

Avoid calls asking for money or train, bus or airfare,
Always meet in a public place and never go alone,

Before calling off a search, verify that a found pet is, in fact, yours.